We are launching a fundraiser for One Tree Planted

To celebrate the International Day of Forests (21 March) we are launching a campaign aimed at raising funds for planting several hectares of forest in Bukit Tigapuluh National Park in Sumatra, Indonesia. For every order placed from 15 March to 21 March, we will donate five trees*.

According to Global Forest Watch, Indonesia has the world’s largest CO2 land-based emissions. This is partly due to the conversion of carbon-rich forest to palm oil plantations. It is statistics like this that motivates us to leave a positive mark on the area's environment. Our CEO Morten Dalsgaard explains:

“Indonesia’s forests are home to countless species found nowhere else. So, naturally, reforestation in this region is a cause that Westpack has close to its heart.”

A significant part of our production takes place at our Danish headquarter, but we also import from Asia, including Indonesia.

“Since we began importing from Indonesia in 2015, we have had a partnership with One Tree Planted, who are restoring forests around the world. We decided to plant one tree for each container foot of products we brought home from Indonesia”, says Morten Dalsgaard.

Until recently, the trees have been planted in Borneo, but now the project has been completed, and we want to support another great project in Sumatra. To hit the ground running with the new project, we are launching a campaign in conjunction with the International Day of Forests.

“We have already planted several hectares of forest in Borneo, and with this campaign, we now want to support the work of One Tree Planted in Bukit Tigapuluh National Park in Sumatra”, Morten Dalsgaard explains.

According to One Tree Planted, the trees will help serve as an important refuge for critically endangered species such as the Sumatran orangutan, the Sumatran tiger, and the Sumatran elephant. 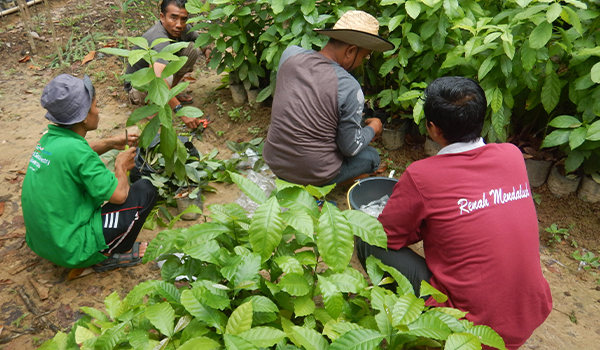 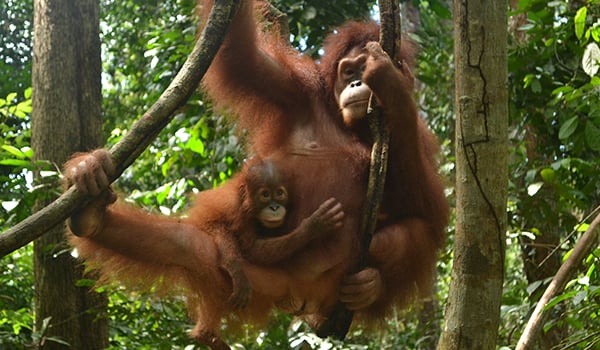 Instead of asking our customers to donate an amount at checkout, we have chosen to donate five trees for every customer that places an order in the week leading up to the International Day of Forests. This way, all purchases will make the same difference.

“Sustainability and eco-friendliness are crucial concerns for many of our customers”, says sales manager Henrik Hansen. “And this way, all of our customers can contribute equally”.

We anticipate that several hectares of forest can be planted because of the fundraiser.

Bukit Tigapuluh National Park is situated in eastern Sumatra and covers more than 140,000 hectares. It is one of the last sanctuaries for endangered species such as the Sumatran tiger, the Sumatran orangutan, and the Sumatran elephant – as well as many bird species in danger of extinction. Sadly, illegal logging and conversion to plantations (palm oil, mainly) have meant that an estimated 2/3 of the park has been logged.

About the International Day of Forests

In 2012, The United Nations General Assembly chose the date 21 March to be the International Day of Forests. On this day, the nations of the world are encouraged to take action and organize campaigns that will protect and restore natural habitats – for example in the form of tree planting campaigns. The theme for 2021 is “Forest restoration: a path to recovery and well-being".